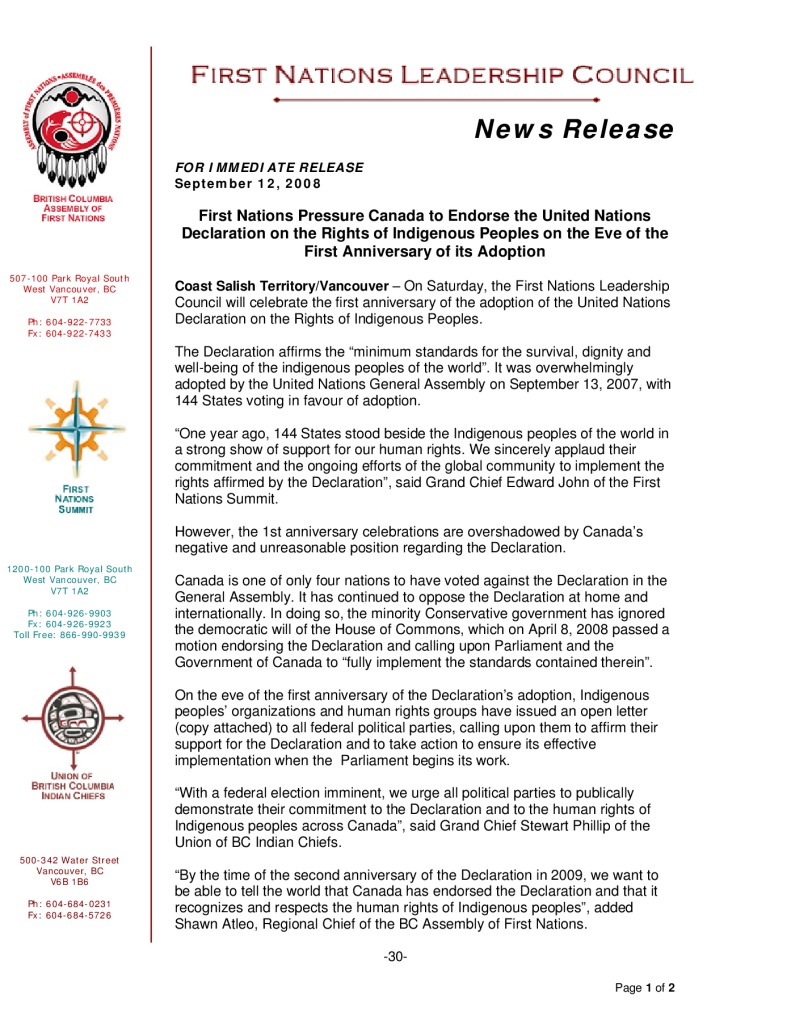 Coast Salish Territory/Vancouver – On Saturday, the First Nations Leadership Council will celebrate the first anniversary of the adoption of the United Nations Declaration on the Rights of Indigenous Peoples.

The Declaration affirms the “minimum standards for the survival, dignity and well-being of the indigenous peoples of the world”. It was overwhelmingly adopted by the United Nations General Assembly on September 13, 2007, with 144 States voting in favour of adoption.

“One year ago, 144 States stood beside the Indigenous peoples of the world in a strong show of support for our human rights. We sincerely applaud their commitment and the ongoing efforts of the global community to implement the rights affirmed by the Declaration”, said Grand Chief Edward John of the First Nations Summit.

However, the 1st anniversary celebrations are overshadowed by Canada’s negative and unreasonable position regarding the Declaration.