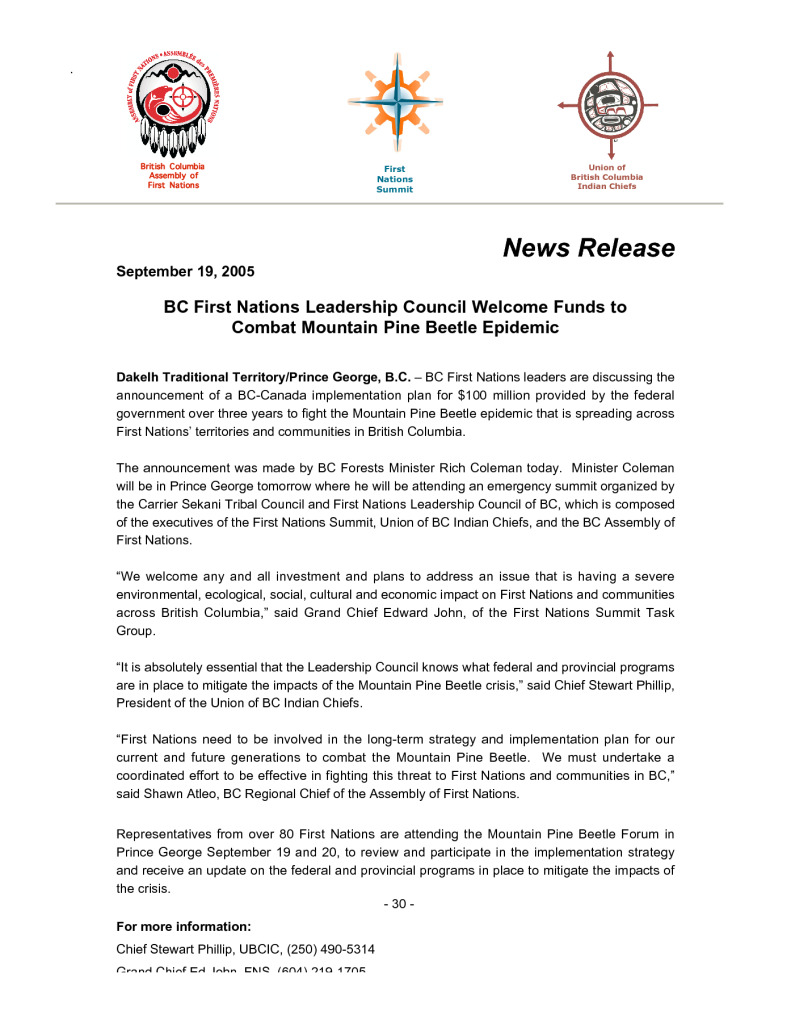 Dakelh Traditional Territory/Prince George, B.C. – BC First Nations leaders are discussing the announcement of a BC-Canada implementation plan for $100 million provided by the federal government over three years to fight the Mountain Pine Beetle epidemic that is spreading across First Nations’ territories and communities in British Columbia.

The announcement was made by BC Forests Minister Rich Coleman today. Minister Coleman will be in Prince George tomorrow where he will be attending an emergency summit organized by the Carrier Sekani Tribal Council and First Nations Leadership Council of BC, which is composed of the executives of the First Nations Summit, Union of BC Indian Chiefs, and the BC Assembly of First Nations.

“We welcome any and all investment and plans to address an issue that is having a severe environmental, ecological, social, cultural and economic impact on First Nations and communities across British Columbia,” said Grand Chief Edward John, of the First Nations Summit Task Group.