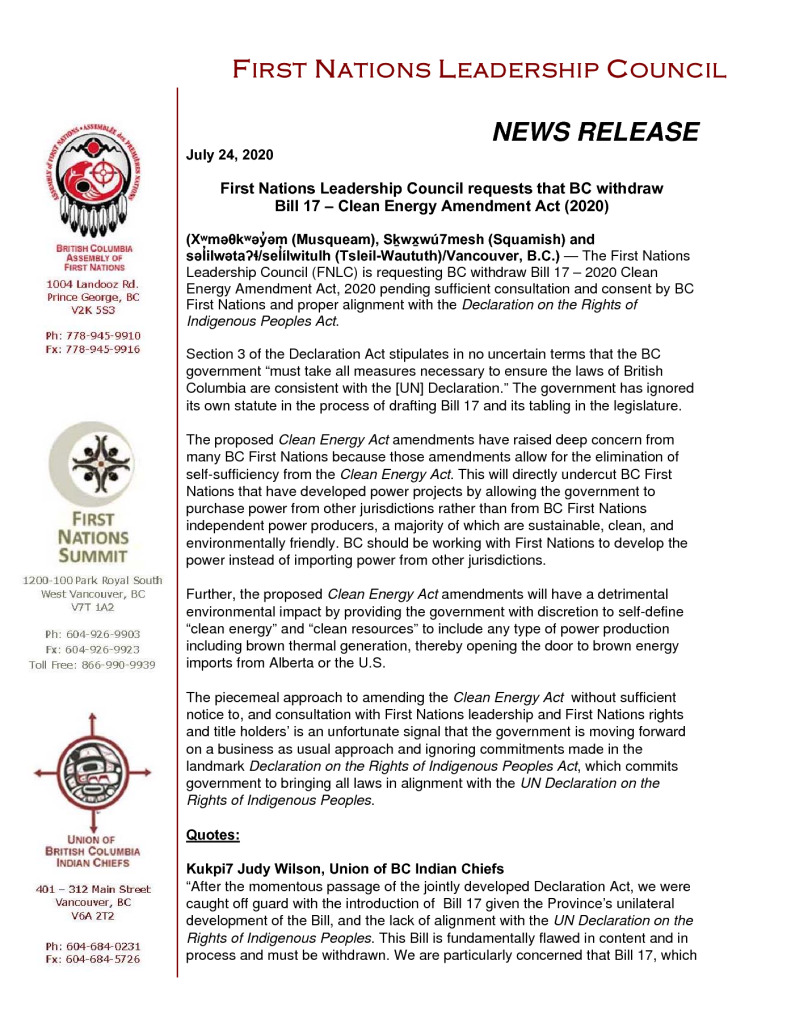 Section 3 of the Declaration Act stipulates in no uncertain terms that the BC
government “must take all measures necessary to ensure the laws of British
Columbia are consistent with the [UN] Declaration.” The government has ignored
its own statute in the process of drafting Bill 17 and its tabling in the legislature.
The proposed Clean Energy Act amendments have raised deep concern from
many BC First Nations because those amendments allow for the elimination of
self-sufficiency from the Clean Energy Act. This will directly undercut BC First
Nations that have developed power projects by allowing the government to
purchase power from other jurisdictions rather than from BC First Nations
independent power producers, a majority of which are sustainable, clean, and
environmentally friendly. BC should be working with First Nations to develop the
power instead of importing power from other jurisdictions.