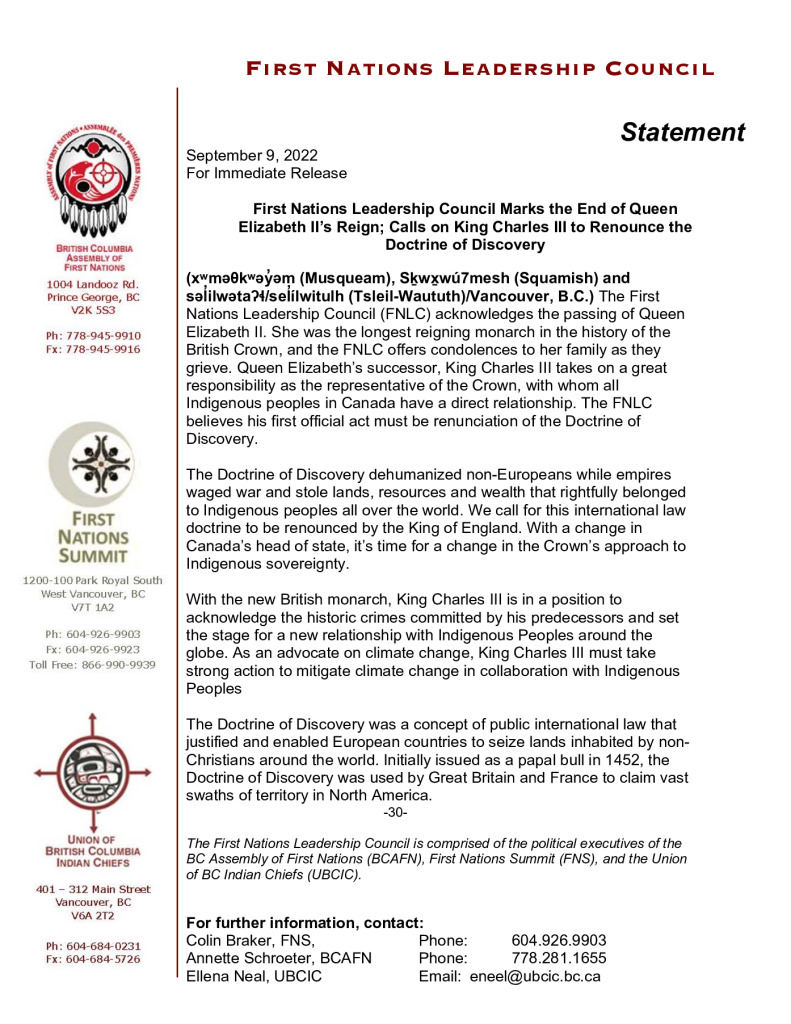 (xʷməθkʷəy̓əm (Musqueam), Sḵwx̱wú7mesh (Squamish) and səl̓ilwətaʔɬ/sel̓ílwitulh (Tsleil-Waututh)/Vancouver, B.C.) The First Nations Leadership Council (FNLC) acknowledges the passing of Queen Elizabeth II. She was the longest reigning monarch in the history of the British Crown, and the FNLC offers condolences to her family as they grieve. Queen Elizabeth’s successor, King Charles III takes on a great responsibility as the representative of the Crown, with whom all Indigenous peoples in Canada have a direct relationship. The FNLC believes his first official act must be renunciation of the Doctrine of Discovery.