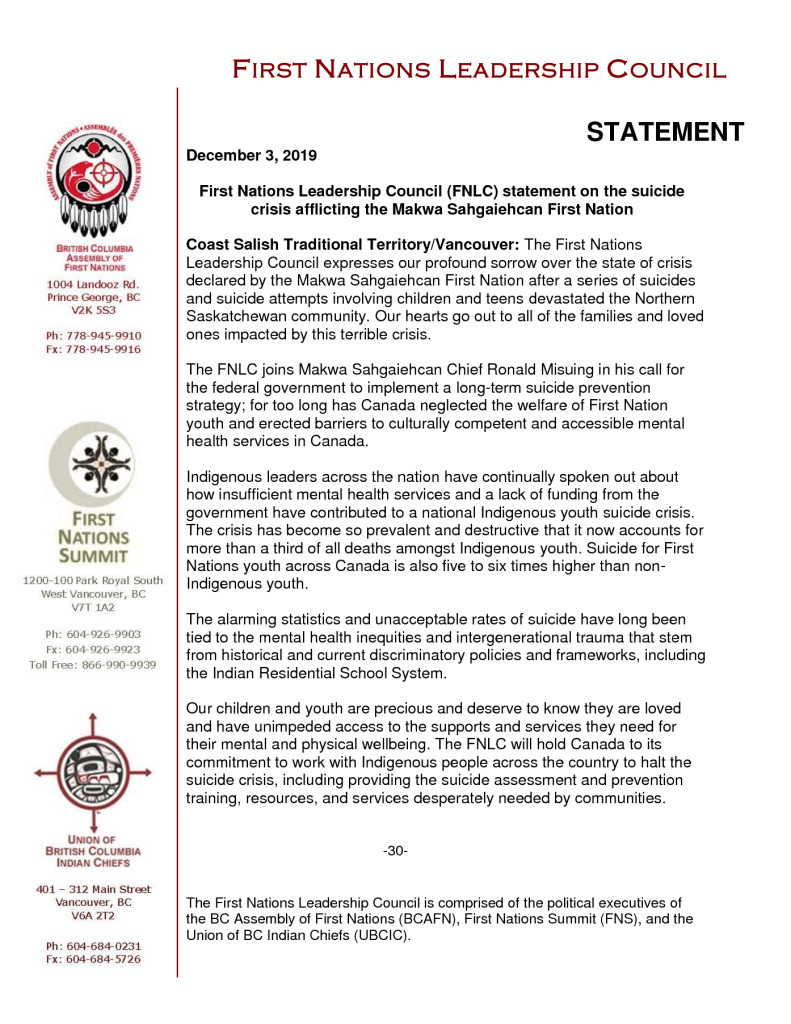 Coast Salish Traditional Territory/Vancouver: The First Nations Leadership Council expresses our profound sorrow over the state of crisis declared by the Makwa Sahgaiehcan First Nation after a series of suicides and suicide attempts involving children and teens devastated the Northern Saskatchewan community. Our hearts go out to all of the families and loved ones impacted by this terrible crisis.

The FNLC joins Makwa Sahgaiehcan Chief Ronald Misuing in his call for the federal government to implement a long-term suicide prevention strategy; for too long has Canada neglected the welfare of First Nation youth and erected barriers to culturally competent and accessible mental health services in Canada.