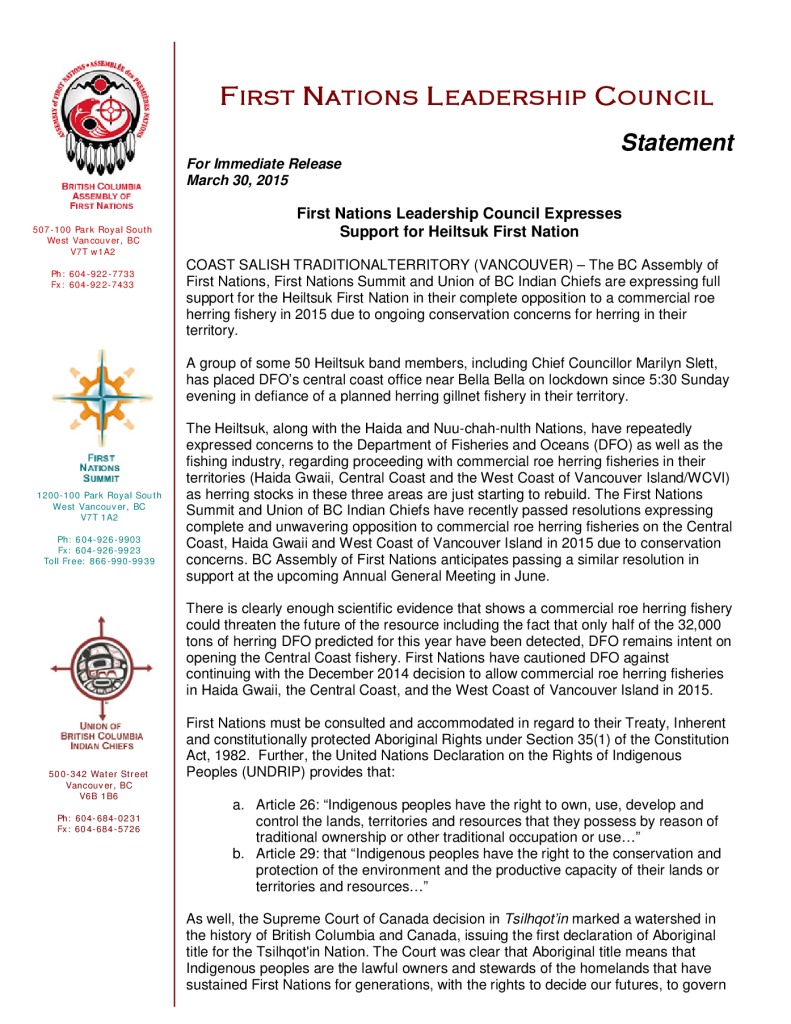 COAST SALISH TRADITIONALTERRITORY (VANCOUVER) – The BC Assembly of First Nations, First Nations Summit and Union of BC Indian Chiefs are expressing full support for the Heiltsuk First Nation in their complete opposition to a commercial roe herring fishery in 2015 due to ongoing conservation concerns for herring in their territory.

A group of some 50 Heiltsuk band members, including Chief Councillor Marilyn Slett, has placed DFO’s central coast office near Bella Bella on lockdown since 5:30 Sunday evening in defiance of a planned herring gillnet fishery in their territory.

The Heiltsuk, along with the Haida and Nuu-chah-nulth Nations, have repeatedly expressed concerns to the Department of Fisheries and Oceans (DFO) as well as the fishing industry, regarding proceeding with commercial roe herring fisheries in their territories (Haida Gwaii, Central Coast and the West Coast of Vancouver Island/WCVI) as herring stocks in these three areas are just starting to rebuild. The First Nations Summit and Union of BC Indian Chiefs have recently passed resolutions expressing complete and unwavering opposition to commercial roe herring fisheries on the Central Coast, Haida Gwaii and West Coast of Vancouver Island in 2015 due to conservation concerns. BC Assembly of First Nations anticipates passing a similar resolution in support at the upcoming Annual General Meeting in June.