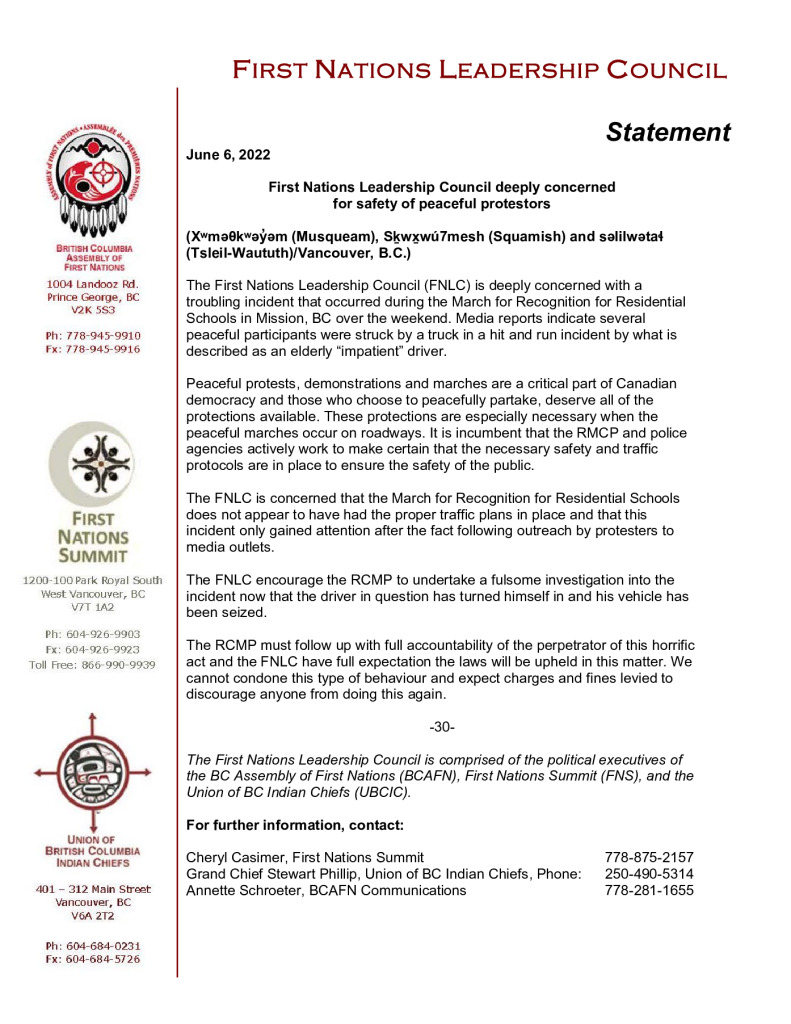 The First Nations Leadership Council (FNLC) is deeply concerned with a troubling incident that occurred during the March for Recognition for Residential Schools in Mission, BC over the weekend. Media reports indicate several peaceful participants were struck by a truck in a hit and run incident by what is described as an elderly “impatient” driver.

Peaceful protests, demonstrations and marches are a critical part of Canadian democracy and those who choose to peacefully partake, deserve all of the protections available. These protections are especially necessary when the peaceful marches occur on roadways. It is incumbent that the RMCP and police agencies actively work to make certain that the necessary safety and traffic protocols are in place to ensure the safety of the public.