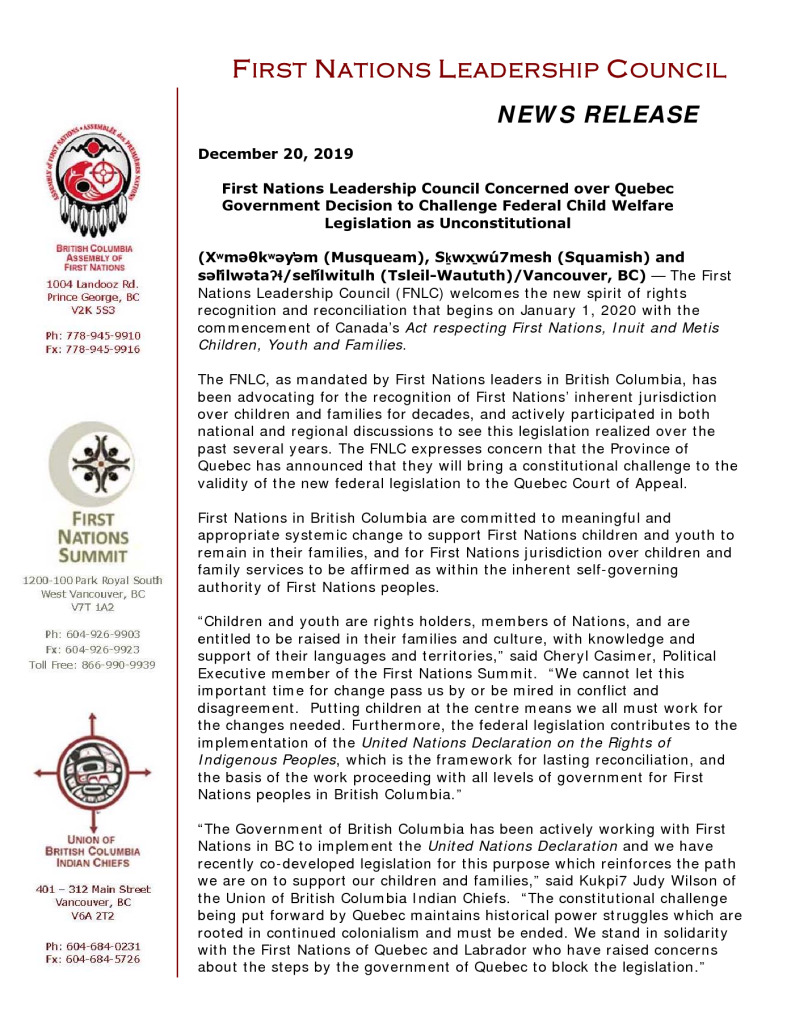 (Xʷməθkʷəy̓əm (Musqueam), Sḵwx̱wú7mesh (Squamish) and səl̓ilwətaʔɬ/sel̓ílwitulh (Tsleil-Waututh)/Vancouver, BC) — The First Nations Leadership Council (FNLC) welcomes the new spirit of rights recognition and reconciliation that begins on January 1, 2020 with the commencement of Canada’s Act respecting First Nations, Inuit and Metis Children, Youth and Families.

The FNLC, as mandated by First Nations leaders in British Columbia, has been advocating for the recognition of First Nations’ inherent jurisdiction over children and families for decades, and actively participated in both national and regional discussions to see this legislation realized over the past several years. The FNLC expresses concern that the Province of Quebec has announced that they will bring a constitutional challenge to the validity of the new federal legislation to the Quebec Court of Appeal.