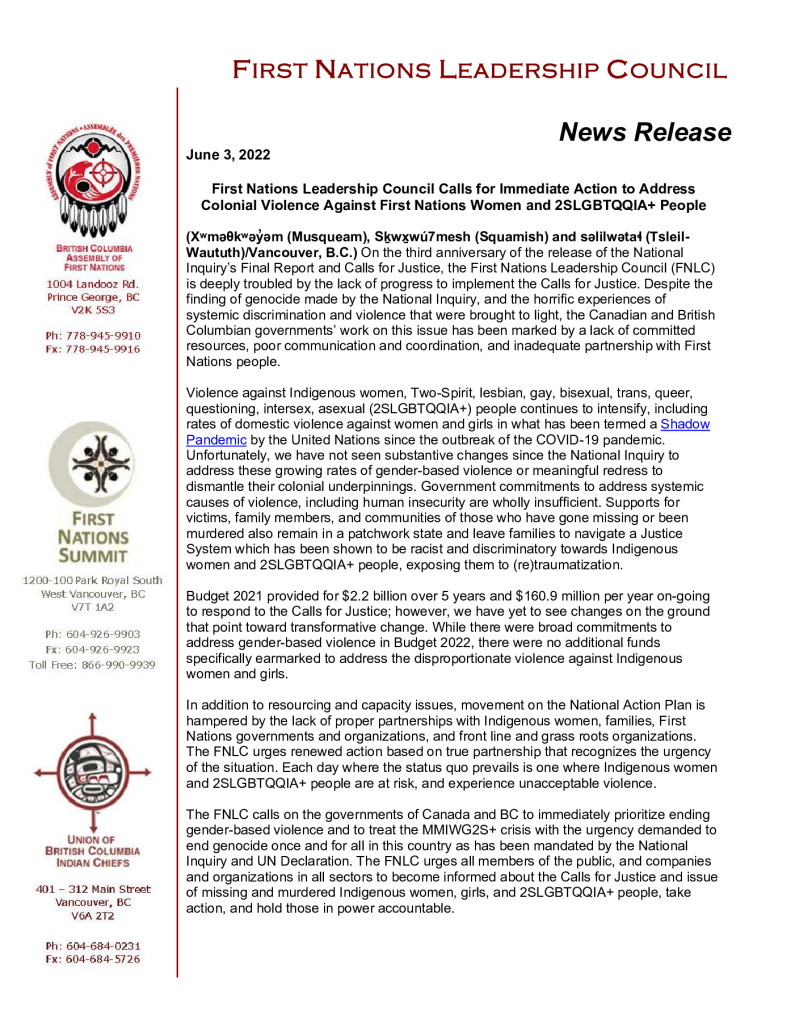 (Xʷməθkʷəy̓əm (Musqueam), Sḵwx̱wú7mesh (Squamish) and səlilwətaɬ (Tsleil-Waututh)/Vancouver, B.C.) On the third anniversary of the release of the National Inquiry’s Final Report and Calls for Justice, the First Nations Leadership Council (FNLC) is deeply troubled by the lack of progress to implement the Calls for Justice. Despite the finding of genocide made by the National Inquiry, and the horrific experiences of systemic discrimination and violence that were brought to light, the Canadian and British Columbian governments’ work on this issue has been marked by a lack of committed resources, poor communication and coordination, and inadequate partnership with First Nations people.