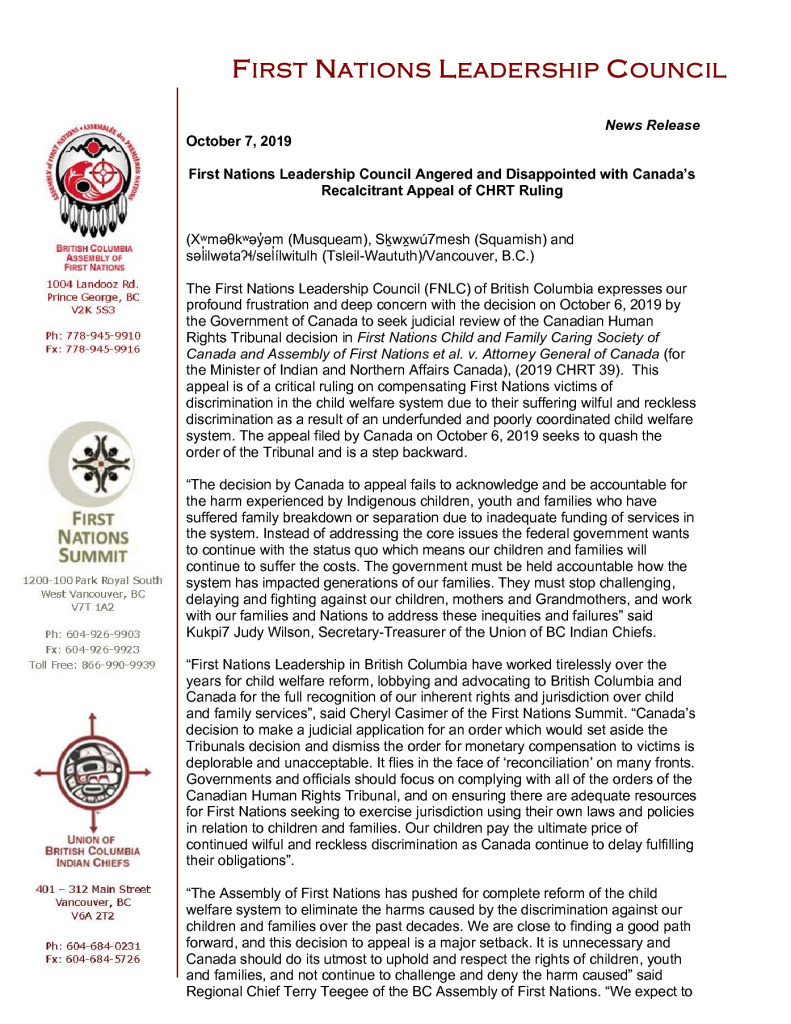 The First Nations Leadership Council (FNLC) of British Columbia expresses our profound frustration and deep concern with the decision on October 6, 2019 by the Government of Canada to seek judicial review of the Canadian Human Rights Tribunal decision in First Nations Child and Family Caring Society of Canada and Assembly of First Nations et al. v. Attorney General of Canada (for the Minister of Indian and Northern Affairs Canada), (2019 CHRT 39).  This appeal is of a critical ruling on compensating First Nations victims of discrimination in the child welfare system due to their suffering wilful and reckless discrimination as a result of an underfunded and poorly coordinated child welfare system. The appeal filed by Canada on October 6, 2019 seeks to quash the order of the Tribunal and is a step backward.