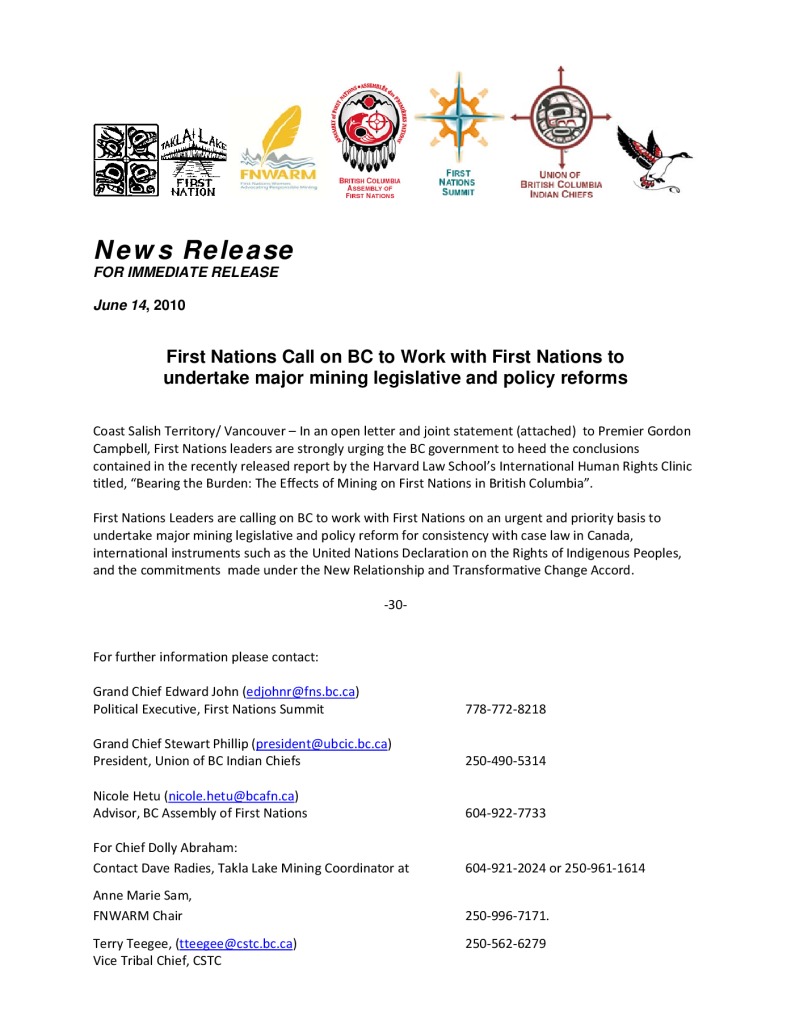 Coast Salish Territory/ Vancouver – In an open letter and joint statement (attached) to Premier Gordon Campbell, First Nations leaders are strongly urging the BC government to heed the conclusions contained in the recently released report by the Harvard Law School’s International Human Rights Clinic titled, “Bearing the Burden: The Effects of Mining on First Nations in British Columbia”.

First Nations Leaders are calling on BC to work with First Nations on an urgent and priority basis to undertake major mining legislative and policy reform for consistency with case law in Canada, international instruments such as the United Nations Declaration on the Rights of Indigenous Peoples, and the commitments made under the New Relationship and Transformative Change Accord.