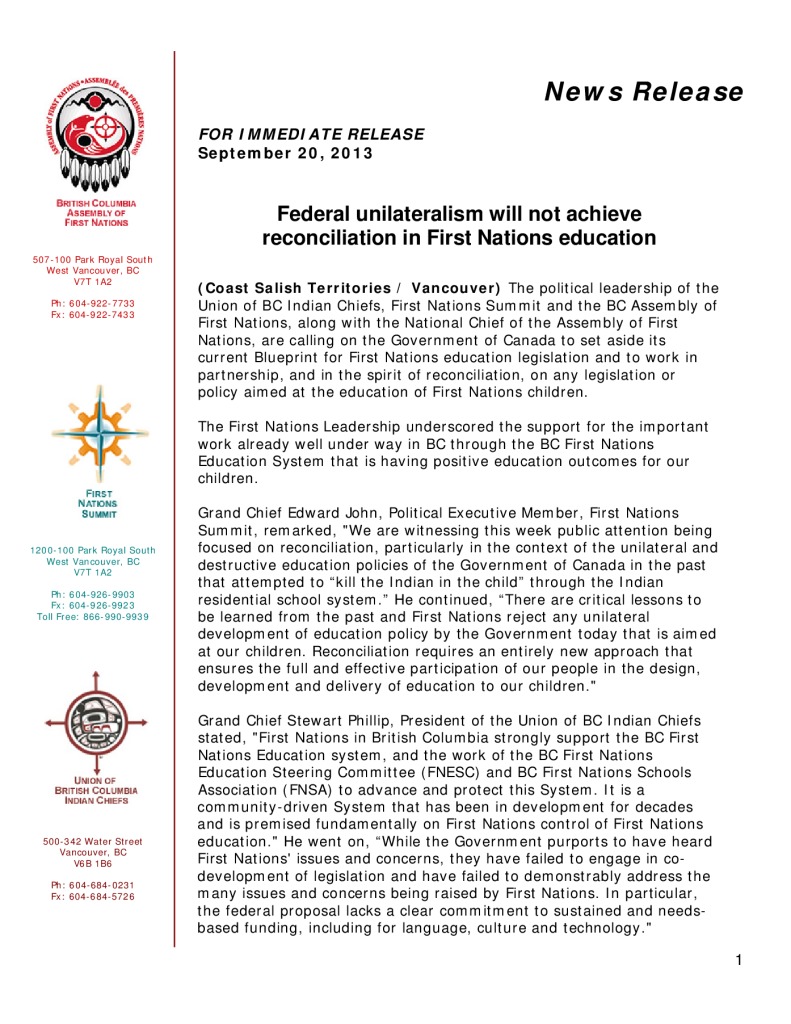 Federal unilateralism will not achieve reconciliation in First Nations education

The First Nations Leadership underscored the support for the important work already well under way in BC through the BC First Nations Education System that is having positive education outcomes for our children.

Grand Chief Edward John, Political Executive Member, First Nations Summit, remarked, “We are witnessing this week public attention being focused on reconciliation, particularly in the context of the unilateral and destructive education policies of the Government of Canada in the past that attempted to “kill the Indian in the child” through the Indian residential school system.” He continued, “There are critical lessons to be learned from the past and First Nations reject any unilateral development of education policy by the Government today that is aimed at our children. Reconciliation requires an entirely new approach that ensures the full and effective participation of our people in the design, development and delivery of education to our children.”