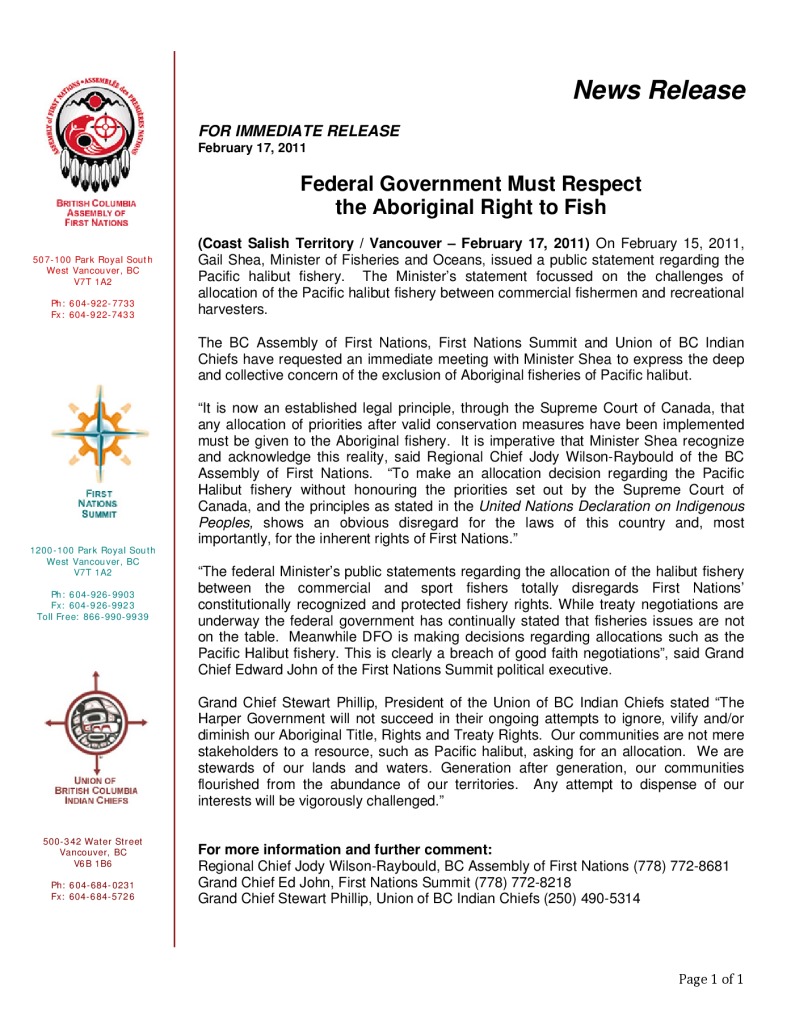 Federal Government Must Respect the Aboriginal Right to Fish

The BC Assembly of First Nations, First Nations Summit and Union of BC Indian Chiefs have requested an immediate meeting with Minister Shea to express the deep and collective concern of the exclusion of Aboriginal fisheries of Pacific halibut.

“It is now an established legal principle, through the Supreme Court of Canada, that any allocation of priorities after valid conservation measures have been implemented must be given to the Aboriginal fishery. It is imperative that Minister Shea recognize and acknowledge this reality, said Regional Chief Jody Wilson-Raybould of the BC Assembly of First Nations. “To make an allocation decision regarding the Pacific Halibut fishery without honouring the priorities set out by the Supreme Court of Canada, and the principles as stated in the United Nations Declaration on Indigenous Peoples, shows an obvious disregard for the laws of this country and, most importantly, for the inherent rights of First Nations.”