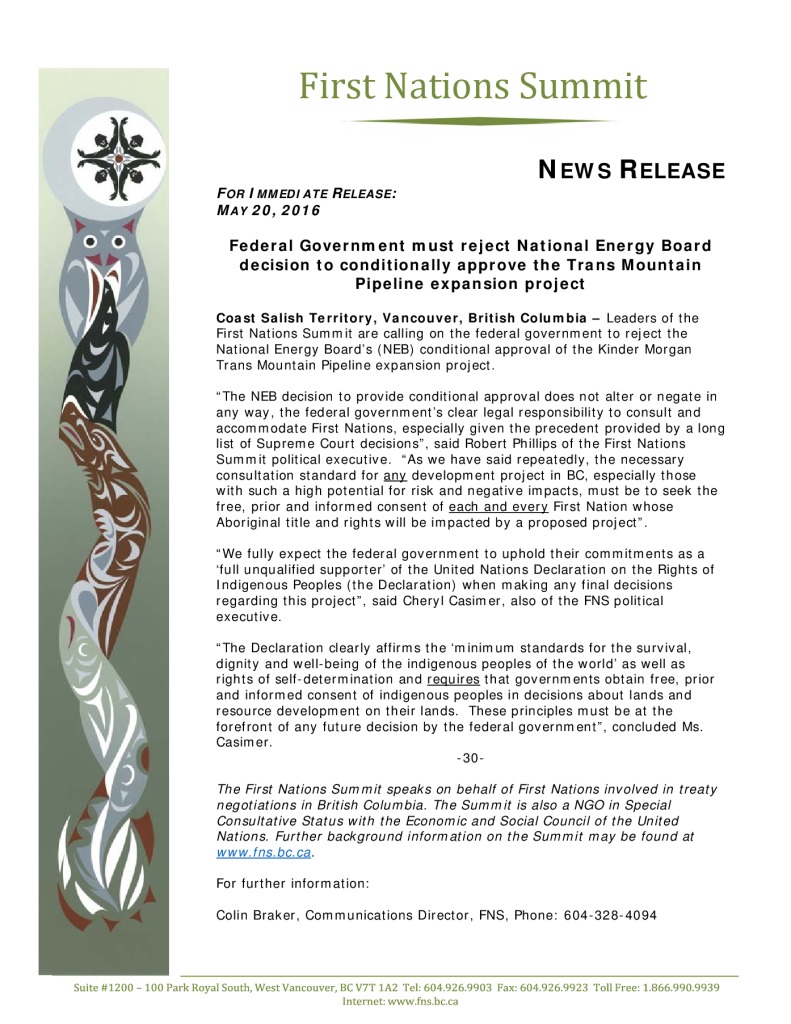 “The NEB decision to provide conditional approval does not alter or negate in any way, the federal government’s clear legal responsibility to consult and accommodate First Nations, especially given the precedent provided by a long list of Supreme Court decisions”, said Robert Phillips of the First Nations Summit political executive. “As we have said repeatedly, the necessary consultation standard for any development project in BC, especially those with such a high potential for risk and negative impacts, must be to seek the free, prior and informed consent of each and every First Nation whose Aboriginal title and rights will be impacted by a proposed project”.

“We fully expect the federal government to uphold their commitments as a ‘full unqualified supporter’ of the United Nations Declaration on the Rights of Indigenous Peoples (the Declaration) when making any final decisions regarding this project”, said Cheryl Casimer, also of the FNS political executive.