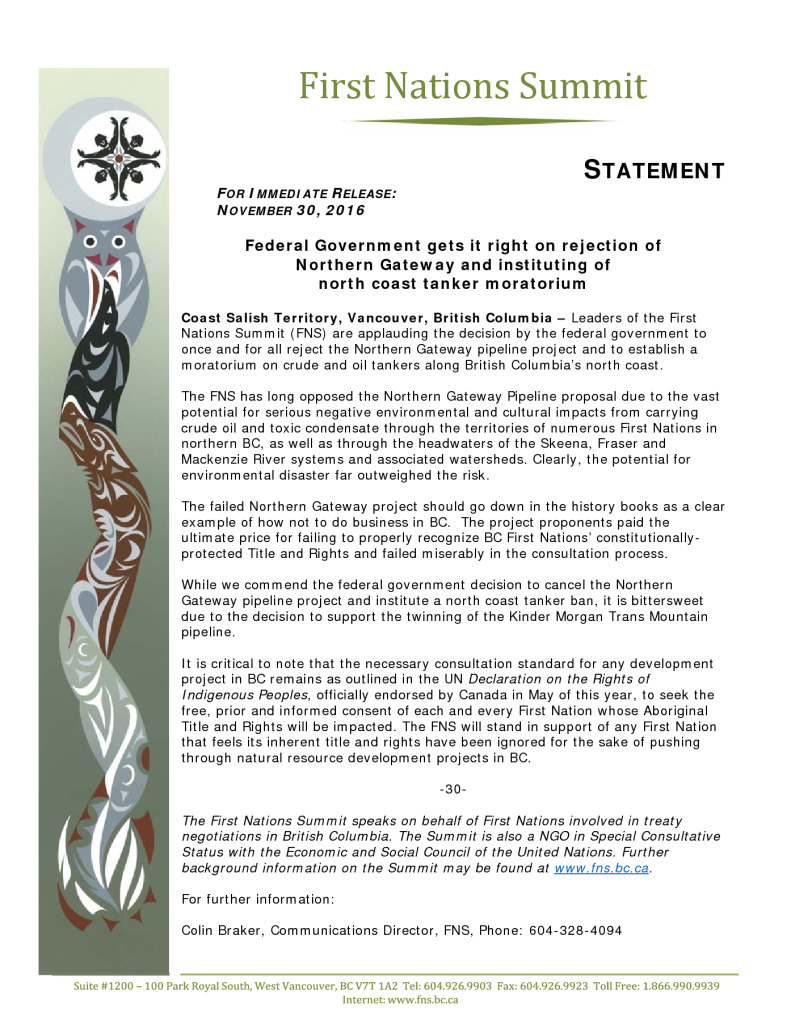 November 30, 2016 IN
Coast Salish Territory, Vancouver, British Columbia – Leaders of the First Nations Summit (FNS) are applauding the decision by the federal government to once and for all reject the Northern Gateway pipeline project and to establish a moratorium on crude and oil tankers along British Columbia’s north coast.
The FNS has long opposed the Northern Gateway Pipeline proposal due to the vast potential for serious negative environmental and cultural impacts from carrying crude oil and toxic condensate through the territories of numerous First Nations in northern BC, as well as through the headwaters of the Skeena, Fraser and Mackenzie River systems and associated watersheds. Clearly, the potential for environmental disaster far outweighed the risk.