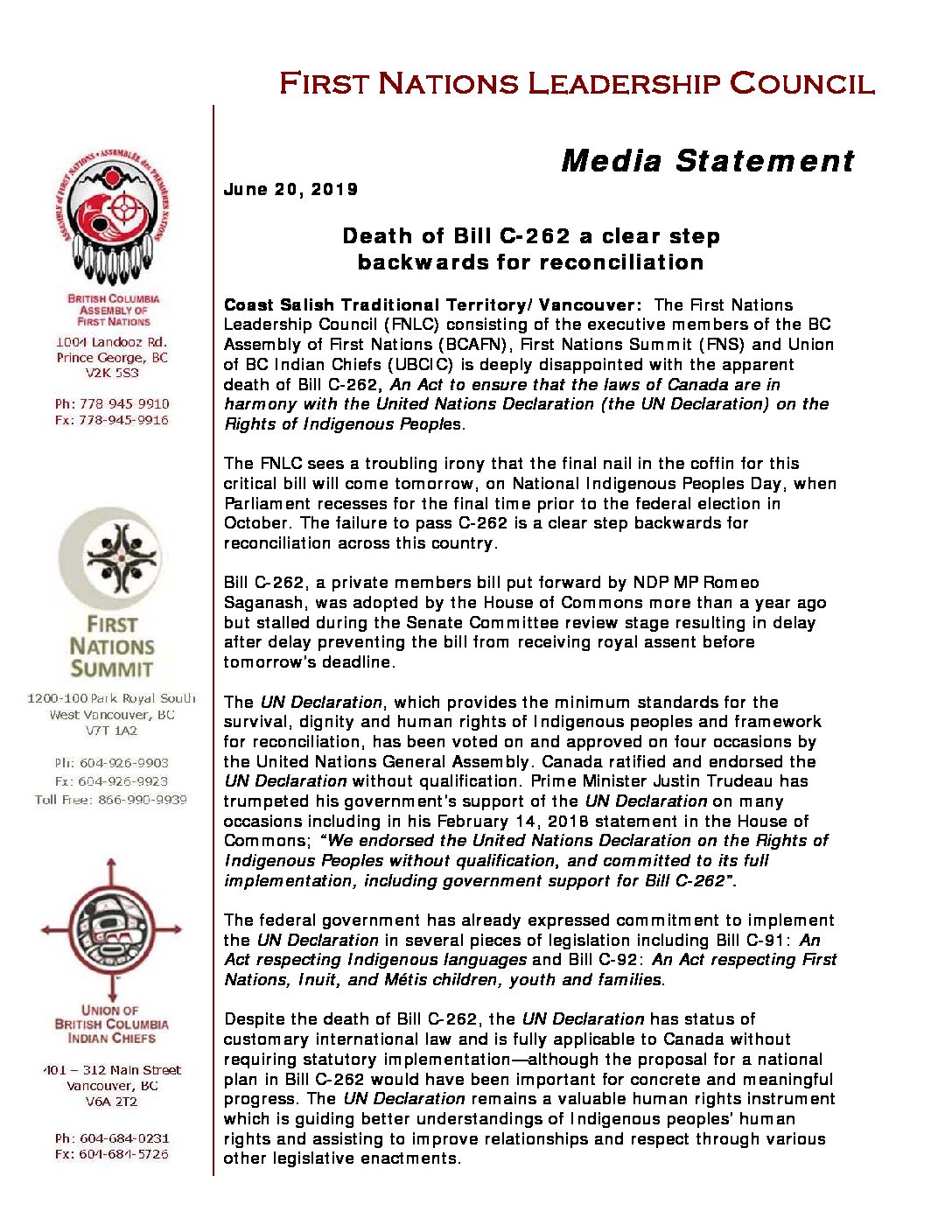 Death of Bill C-262 a clear step backwards for reconciliation

Coast Salish Traditional Territory/Vancouver: The First Nations Leadership Council (FNLC) consisting of the executive members of the BC Assembly of First Nations (BCAFN), First Nations Summit (FNS) and Union
of BC Indian Chiefs (UBCIC) is deeply disappointed with the apparent death of Bill C-262, An Act to ensure that the laws of Canada are in harmony with the United Nations Declaration (the UN Declaration) on the
Rights of Indigenous Peoples.

The FNLC sees a troubling irony that the final nail in the coffin for this critical bill will come tomorrow, on National Indigenous Peoples Day, when Parliament recesses for the final time prior to the federal election in October. The failure to pass C-262 is a clear step backwards for reconciliation across this country.