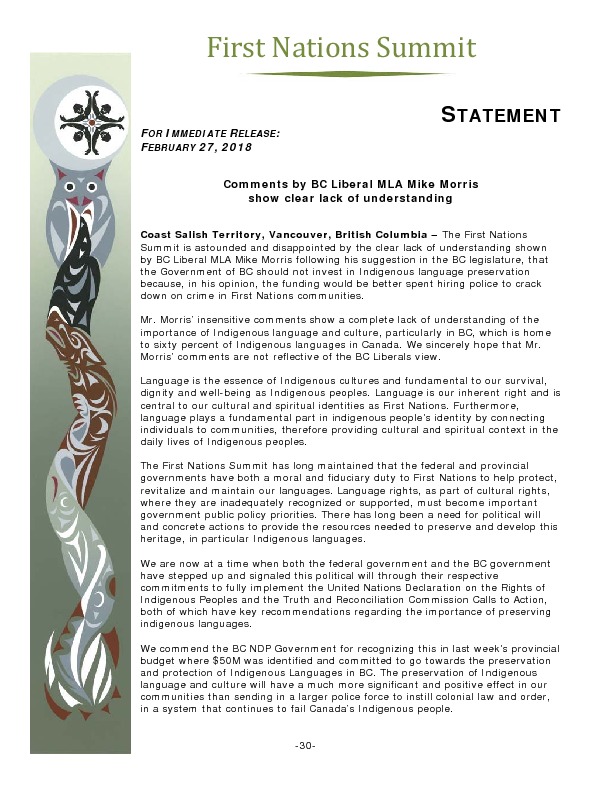 The First Nations Summit is astounded and disappointed by the clear lack of understanding shown by BC Liberal MLA Mike Morris following his suggestion in the BC legislature, that the Government of BC should not invest in Indigenous language preservation because, in his  opinion, the funding would be better spent hiring police to crack down on crime in First Nations communities.