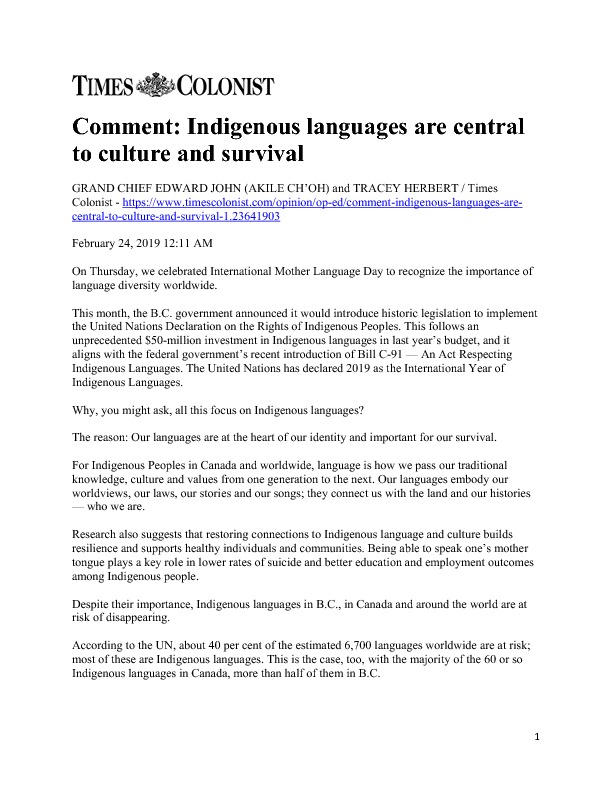 On Thursday, we celebrated International Mother Language Day to recognize the importance of language diversity worldwide.

This month, the B.C. government announced it would introduce historic legislation to implement the United Nations Declaration on the Rights of Indigenous Peoples. This follows an unprecedented $50-million investment in Indigenous languages in last year’s budget, and it aligns with the federal government’s recent introduction of Bill C-91 — An Act Respecting Indigenous Languages. The United Nations has declared 2019 as the International Year of Indigenous Languages.