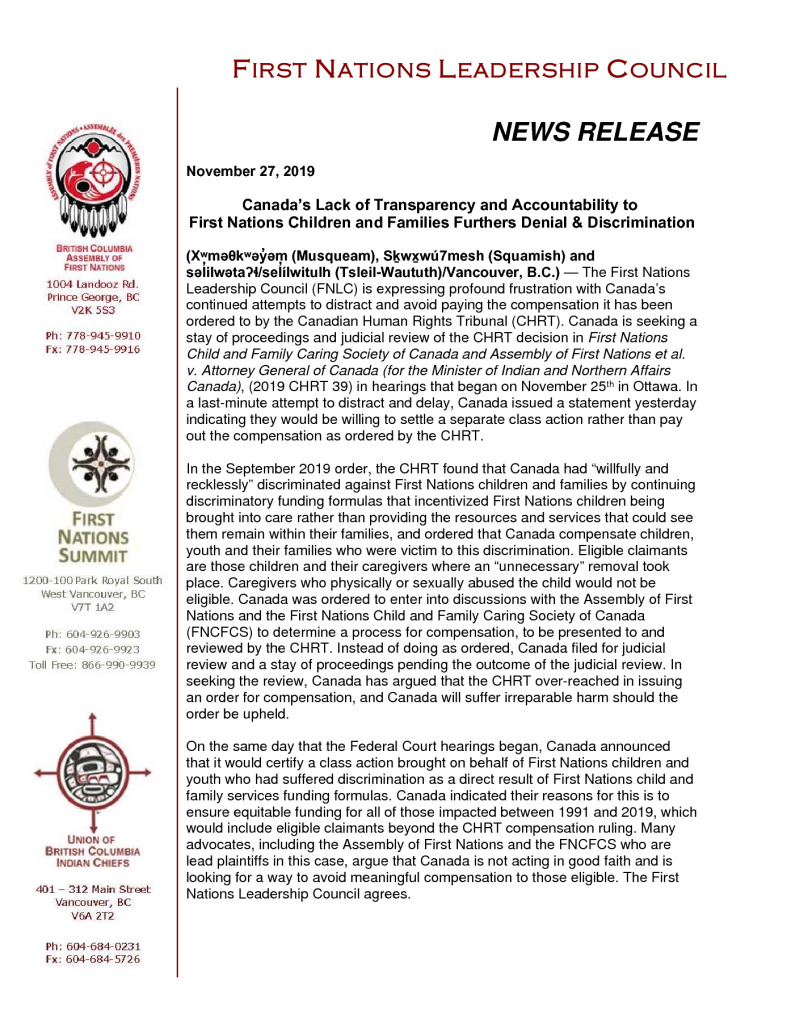 (Xʷməθkʷəy̓əm (Musqueam), Sḵwx̱wú7mesh (Squamish) and səl̓ilwətaʔɬ/sel̓ílwitulh (Tsleil-Waututh)/Vancouver, B.C.) — The First Nations Leadership Council (FNLC) is expressing profound frustration with Canada’s continued attempts to distract and avoid paying the compensation it has been ordered to by the Canadian Human Rights Tribunal (CHRT). Canada is seeking a stay of proceedings and judicial review of the CHRT decision in First Nations Child and Family Caring Society of Canada and Assembly of First Nations et al. v. Attorney General of Canada (for the Minister of Indian and Northern Affairs Canada), (2019 CHRT 39) in hearings that began on November 25th in Ottawa. In a last-minute attempt to distract and delay, Canada issued a statement yesterday indicating they would be willing to settle a separate class action rather than pay out the compensation as ordered by the CHRT.