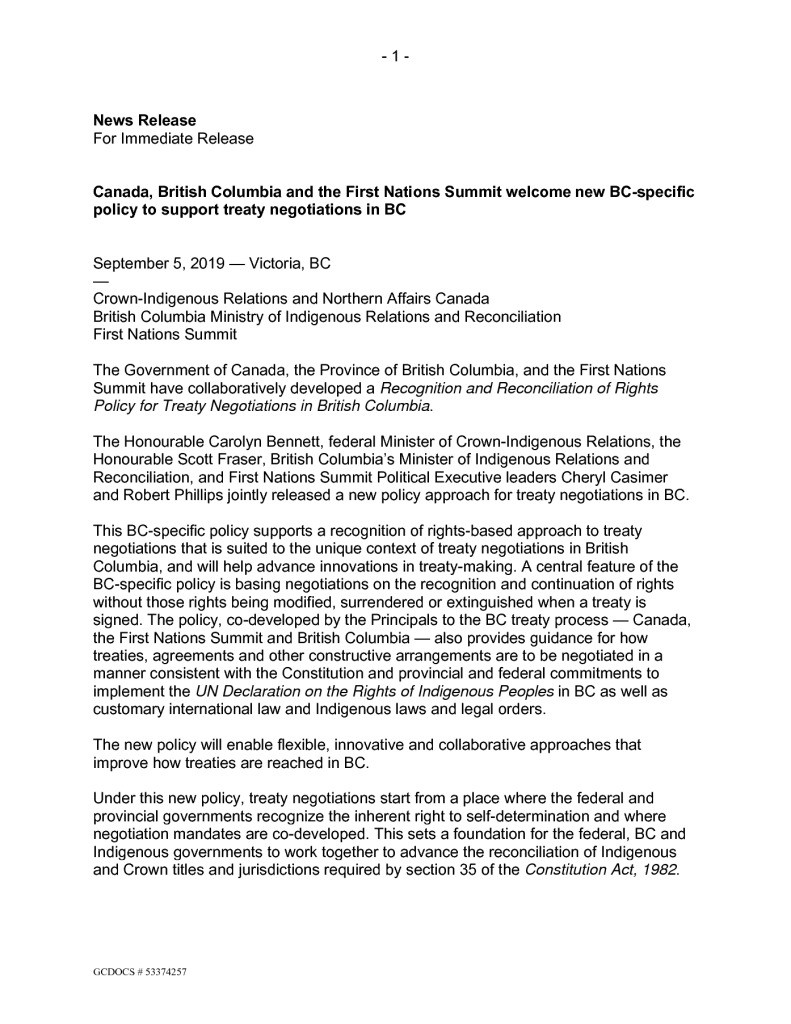 The Government of Canada, the Province of British Columbia, and the First Nations Summit have collaboratively developed a Recognition and Reconciliation of Rights Policy for Treaty Negotiations in British Columbia.