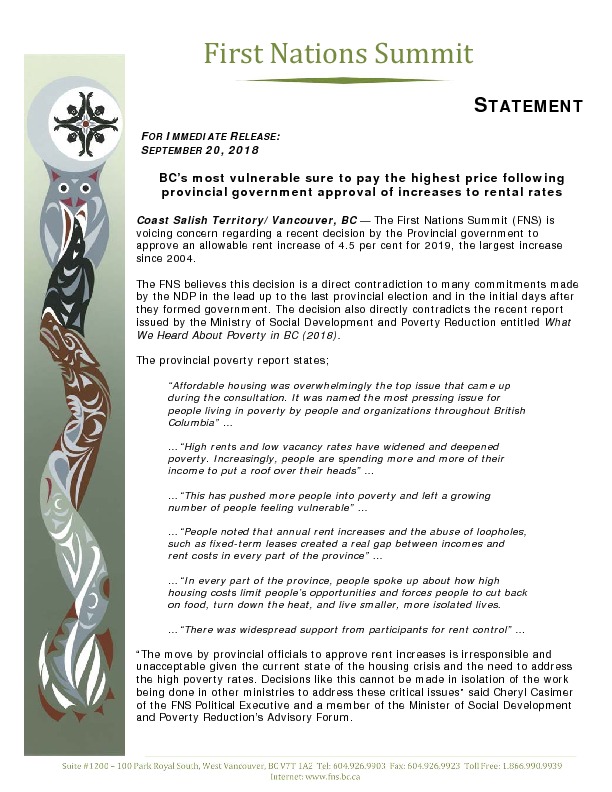 Coast Salish Territory/Vancouver, BC — The First Nations Summit (FNS) is voicing concern regarding a recent decision by the Provincial government to approve an allowable rent increase of 4.5 per cent for 2019, the largest increase since 2004.

The FNS believes this decision is a direct contradiction to many commitments made by the NDP in the lead up to the last provincial election and in the initial days after they formed government. The decision also directly contradicts the recent report issued by the Ministry of Social Development and Poverty Reduction entitled What We Heard About Poverty in BC (2018).