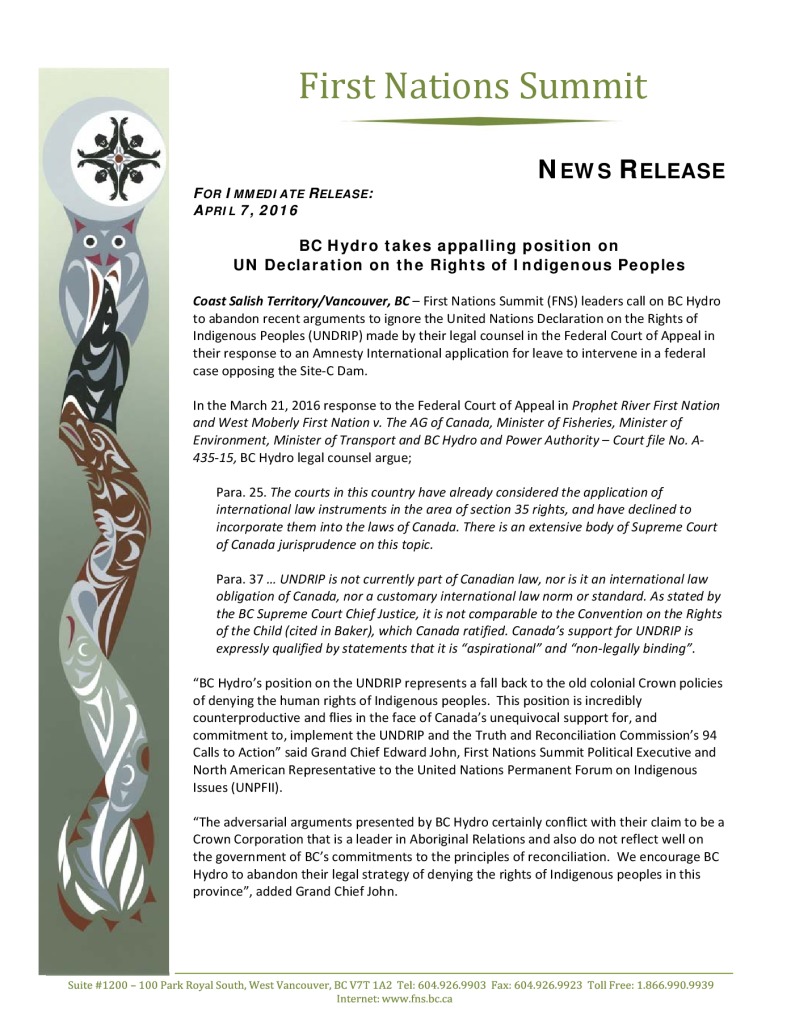 Coast Salish Territory/Vancouver, BC – First Nations Summit (FNS) leaders call on BC Hydro to abandon recent arguments to ignore the United Nations Declaration on the Rights of Indigenous Peoples (UNDRIP) made by their legal counsel in the Federal Court of Appeal in their response to an Amnesty International application for leave to intervene in a federal case opposing the Site‐C Dam.

In the March 21, 2016 response to the Federal Court of Appeal in Prophet River First Nation and West Moberly First Nation v. The AG of Canada, Minister of Fisheries, Minister of Environment, Minister of Transport and BC Hydro and Power Authority – Court file No. A‐ 435‐15, BC Hydro legal counsel argue;

Para. 25. The courts in this country have already considered the application of international law instruments in the area of section 35 rights, and have declined to incorporate them into the laws of Canada. There is an extensive body of Supreme Court of Canada jurisprudence on this topic.