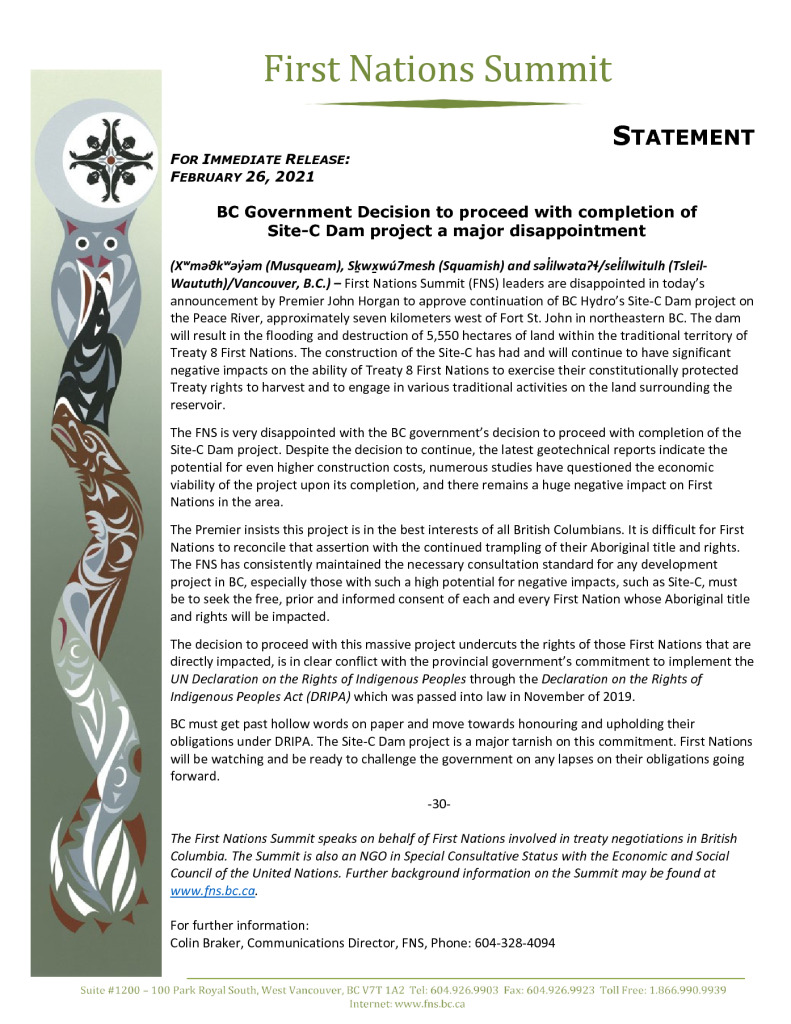 (Xʷməθkʷəy̓əm (Musqueam), Sḵwx̱wú7mesh (Squamish) and səl̓ilwətaʔɬ/sel̓ílwitulh (Tsleil-Waututh)/Vancouver, B.C.) – First Nations Summit (FNS) leaders are disappointed in today’s announcement by Premier John Horgan to approve continuation of BC Hydro’s Site-C Dam project on the Peace River, approximately seven kilometers west of Fort St. John in northeastern BC. The dam will result in the flooding and destruction of 5,550 hectares of land within the traditional territory of Treaty 8 First Nations. The construction of the Site-C has had and will continue to have significant negative impacts on the ability of Treaty 8 First Nations to exercise their constitutionally protected Treaty rights to harvest and to engage in various traditional activities on the land surrounding the reservoir.

The FNS is very disappointed with the BC government’s decision to proceed with completion of the Site-C Dam project. Despite the decision to continue, the latest geotechnical reports indicate the potential for even higher construction costs, numerous studies have questioned the economic viability of the project upon its completion, and there remains a huge negative impact on First Nations in the area.