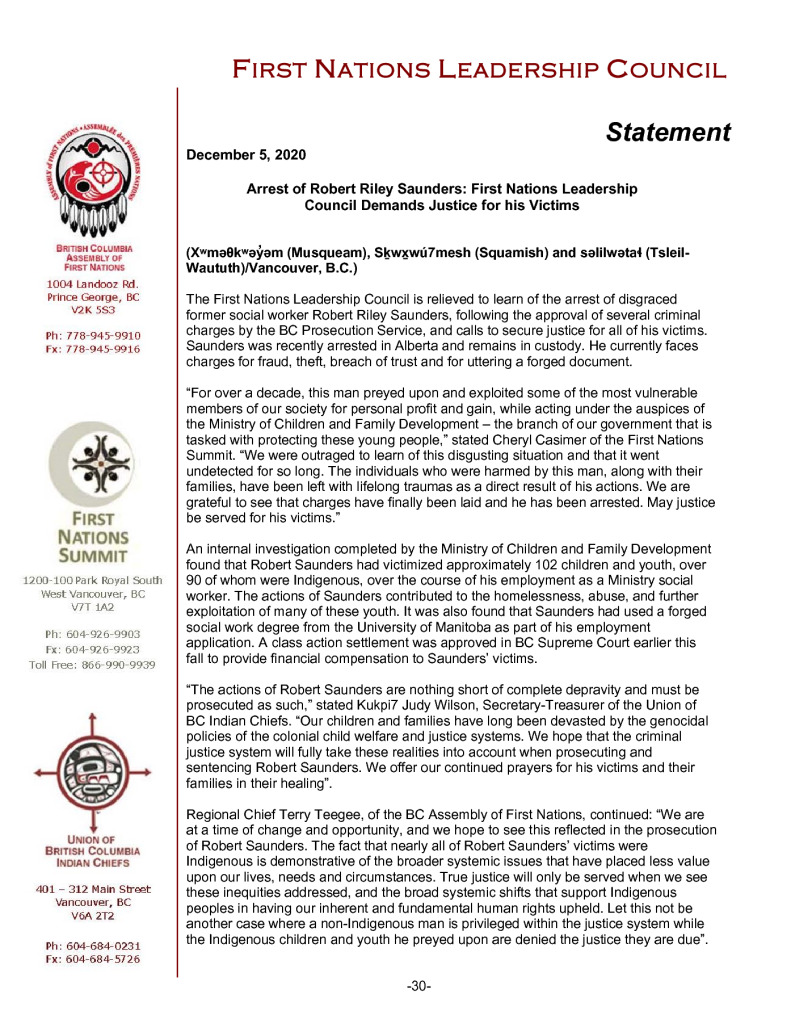 The First Nations Leadership Council is relieved to learn of the arrest of disgraced former social worker Robert Riley Saunders, following the approval of several criminal charges by the BC Prosecution Service, and calls to secure justice for all of his victims. Saunders was recently arrested in Alberta and remains in custody. He currently faces charges for fraud, theft, breach of trust and for uttering a forged document.

“For over a decade, this man preyed upon and exploited some of the most vulnerable members of our society for personal profit and gain, while acting under the auspices of the Ministry of Children and Family Development – the branch of our government that is tasked with protecting these young people,” stated Cheryl Casimer of the First Nations Summit. “We were outraged to learn of this disgusting situation and that it went undetected for so long. The individuals who were harmed by this man, along with their families, have been left with lifelong traumas as a direct result of his actions. We are grateful to see that charges have finally been laid and he has been arrested. May justice be served for his victims.”