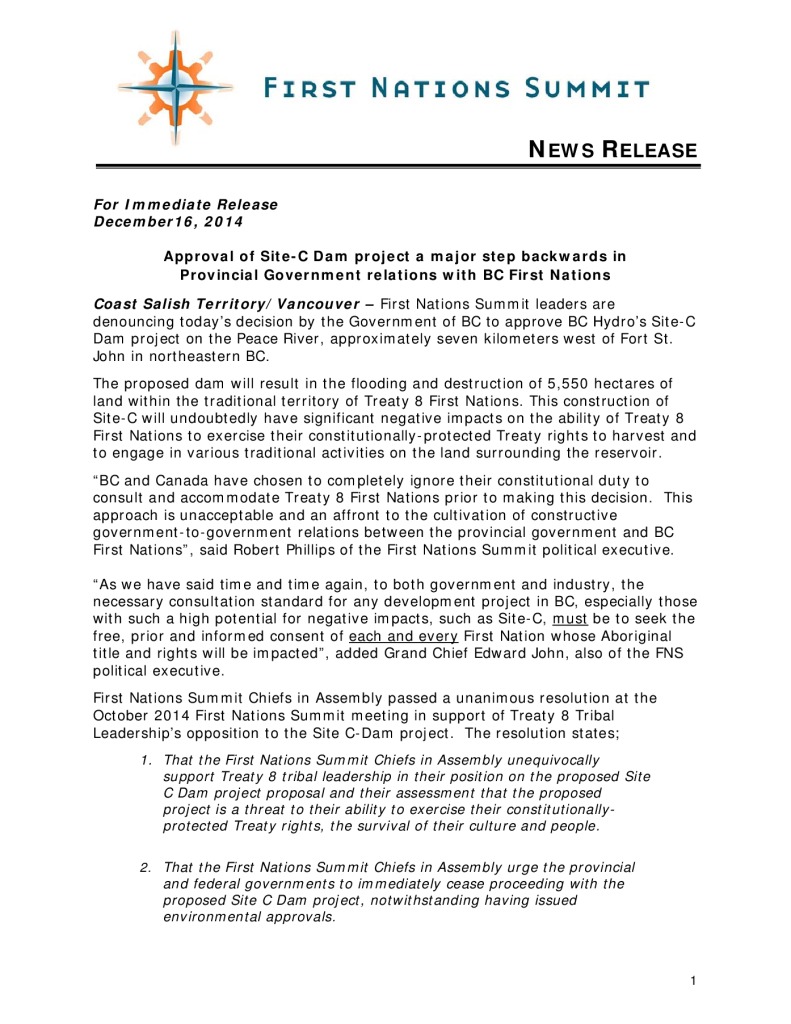 Coast Salish Territory/Vancouver – First Nations Summit leaders are denouncing today’s decision by the Government of BC to approve BC Hydro’s Site-C Dam project on the Peace River, approximately seven kilometers west of Fort St. John in northeastern BC.

The proposed dam will result in the flooding and destruction of 5,550 hectares of land within the traditional territory of Treaty 8 First Nations. This construction of Site-C will undoubtedly have significant negative impacts on the ability of Treaty 8 First Nations to exercise their constitutionally-protected Treaty rights to harvest and to engage in various traditional activities on the land surrounding the reservoir.

“BC and Canada have chosen to completely ignore their constitutional duty to consult and accommodate Treaty 8 First Nations prior to making this decision. This approach is unacceptable and an affront to the cultivation of constructive government-to-government relations between the provincial government and BC First Nations”, said Robert Phillips of the First Nations Summit political executive.