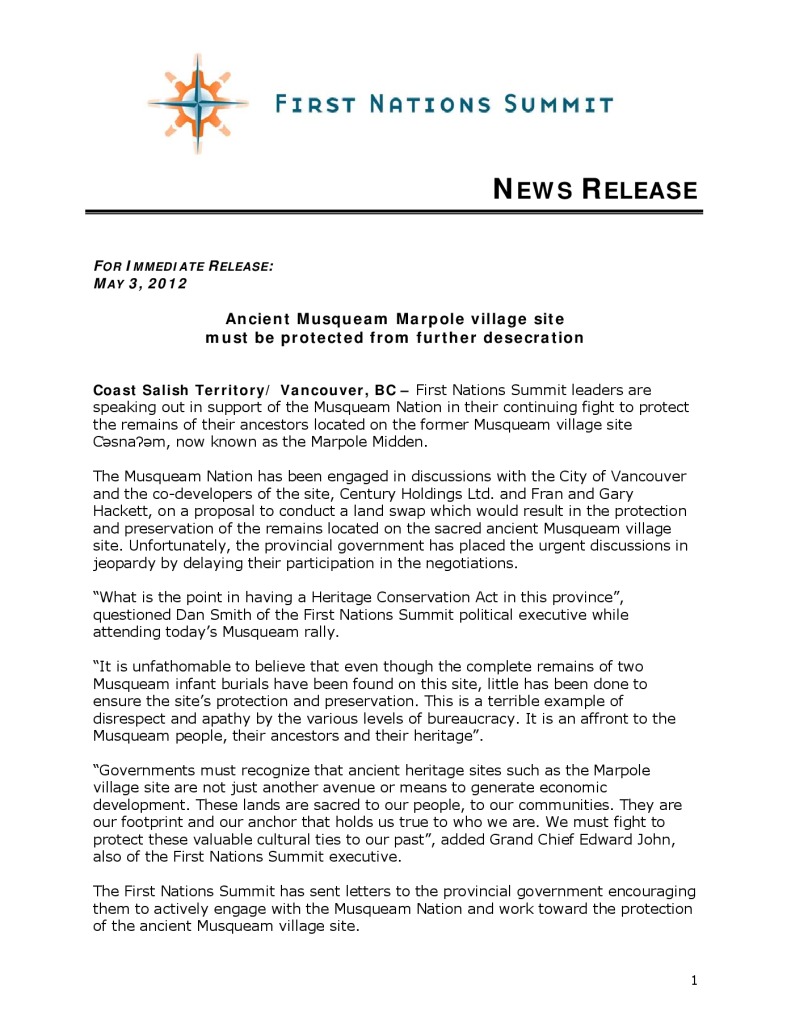 Coast Salish Territory/ Vancouver, BC – First Nations Summit leaders are speaking out in support of the Musqueam Nation in their continuing fight to protect the remains of their ancestors located on the former Musqueam village site C̓əsnaʔəm, now known as the Marpole Midden.

The Musqueam Nation has been engaged in discussions with the City of Vancouver and the co-developers of the site, Century Holdings Ltd. and Fran and Gary Hackett, on a proposal to conduct a land swap which would result in the protection and preservation of the remains located on the sacred ancient Musqueam village site. Unfortunately, the provincial government has placed the urgent discussions in jeopardy by delaying their participation in the negotiations.

“What is the point in having a Heritage Conservation Act in this province”, questioned Dan Smith of the First Nations Summit political executive while attending today’s Musqueam rally.