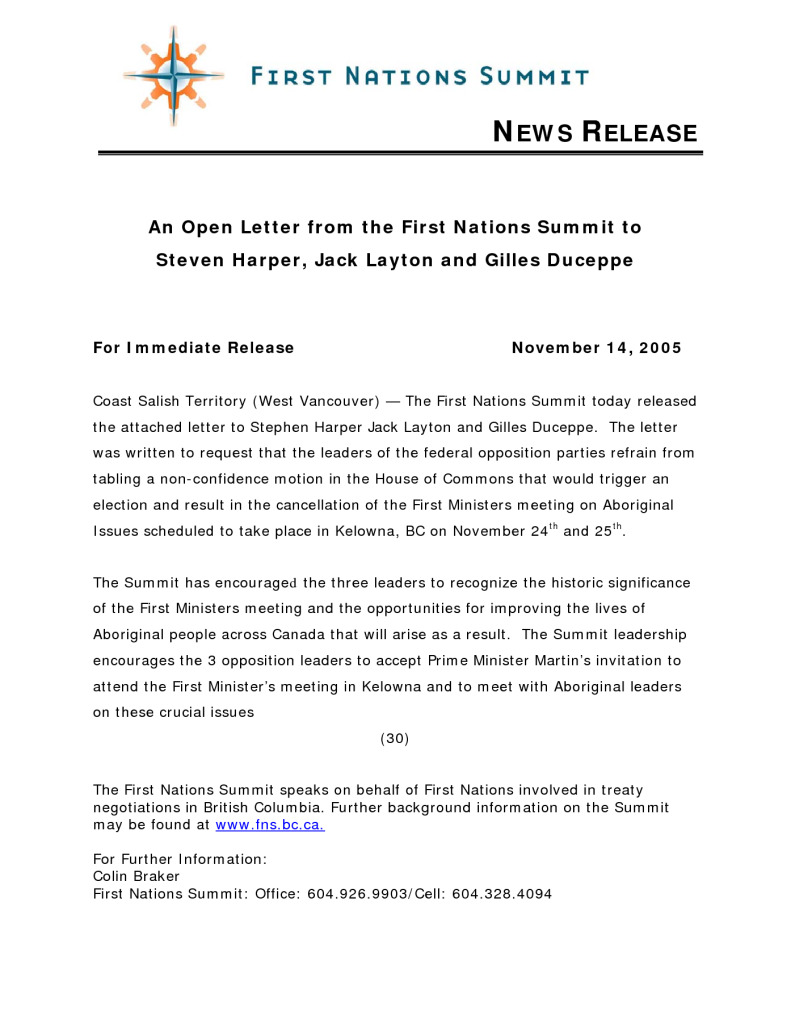 An Open Letter from FNS to Steven Harper, Jack Layton and Gilles Duceppe

Coast Salish Territory (West Vancouver) — The First Nations Summit today released the attached letter to Stephen Harper Jack Layton and Gilles Duceppe. The letter was written to request that the leaders of the federal opposition parties refrain from tabling a non-confidence motion in the House of Commons that would trigger an election and result in the cancellation of the First Ministers meeting on Aboriginal Issues scheduled to take place in Kelowna, BC on November 24th and 25th.

The Summit has encouraged the three leaders to recognize the historic significance of the First Ministers meeting and the opportunities for improving the lives of Aboriginal people across Canada that will arise as a result. The Summit leadership encourages the 3 opposition leaders to accept Prime Minister Martin’s invitation to attend the First Minister’s meeting in Kelowna and to meet with Aboriginal leaders on these crucial issues