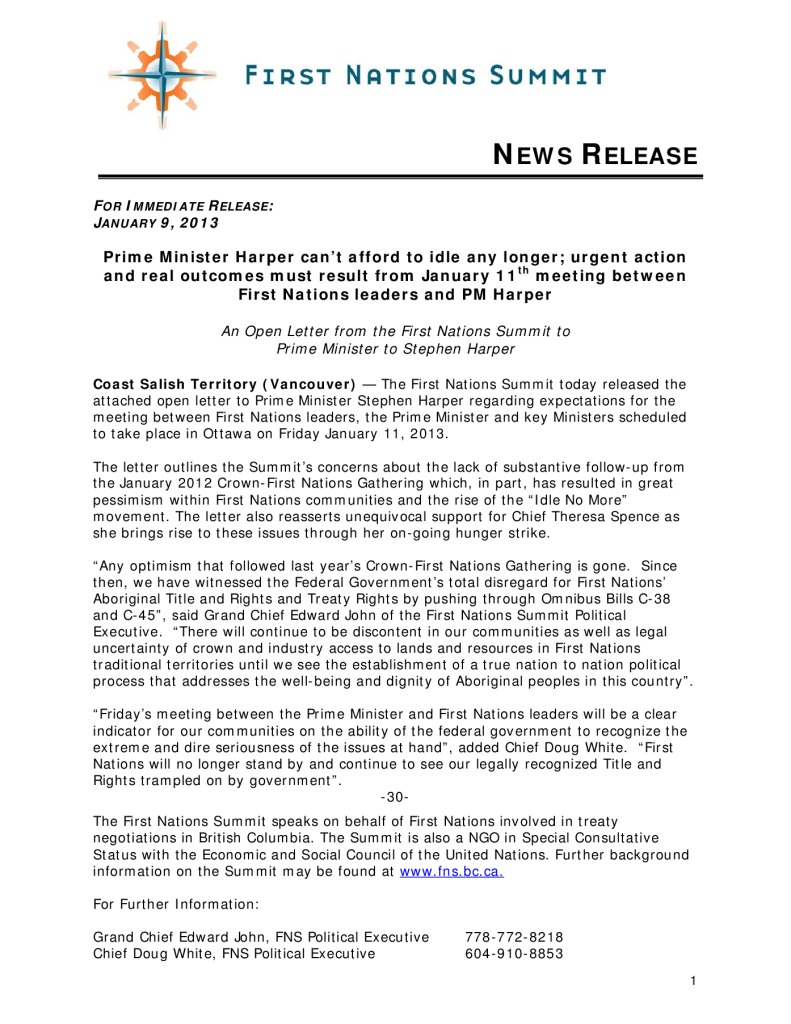 The letter outlines the Summit’s concerns about the lack of substantive follow-up from the January 2012 Crown-First Nations Gathering which, in part, has resulted in great pessimism within First Nations communities and the rise of the “Idle No More” movement. The letter also reasserts unequivocal support for Chief Theresa Spence as she brings rise to these issues through her on-going hunger strike.

“Any optimism that followed last year’s Crown-First Nations Gathering is gone. Since then, we have witnessed the Federal Government’s total disregard for First Nations’ Aboriginal Title and Rights and Treaty Rights by pushing through Omnibus Bills C-38 and C-45”, said Grand Chief Edward John of the First Nations Summit Political Executive. “There will continue to be discontent in our communities as well as legal uncertainty of crown and industry access to lands and resources in First Nations traditional territories until we see the establishment of a true nation to nation political process that addresses the well-being and dignity of Aboriginal peoples in this country”.