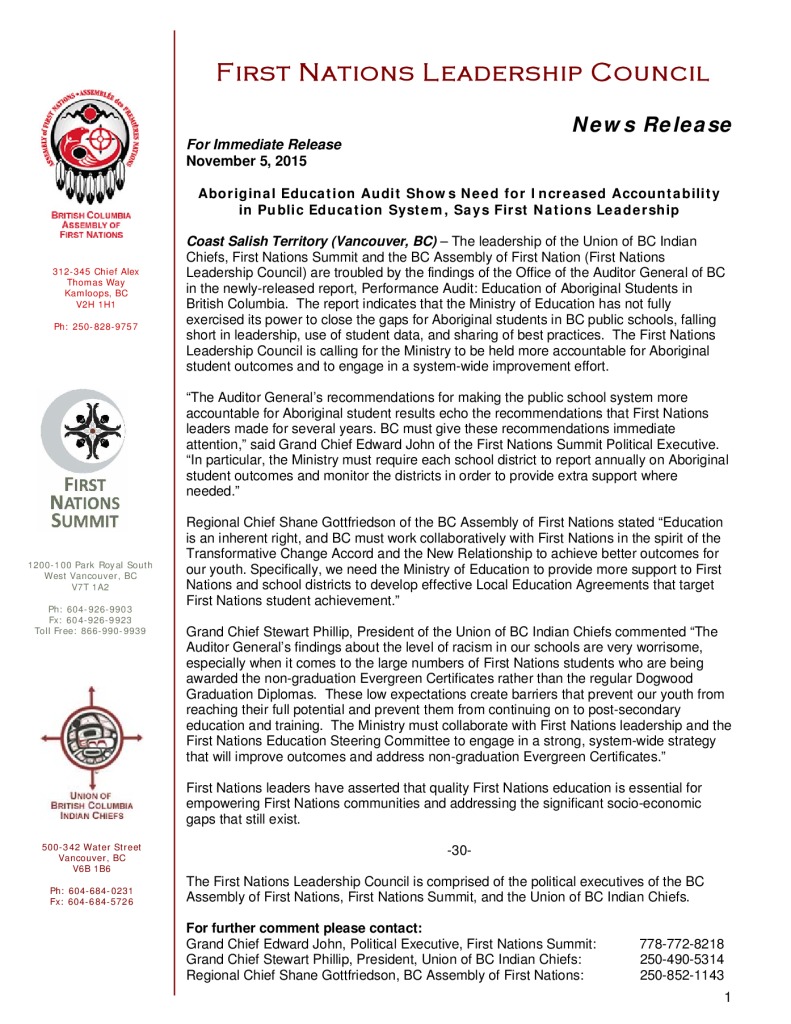 Coast Salish Territory (Vancouver, BC) – The leadership of the Union of BC Indian Chiefs, First Nations Summit and the BC Assembly of First Nation (First Nations Leadership Council) are troubled by the findings of the Office of the Auditor General of BC in the newly-released report, Performance Audit: Education of Aboriginal Students in British Columbia. The report indicates that the Ministry of Education has not fully exercised its power to close the gaps for Aboriginal students in BC public schools, falling short in leadership, use of student data, and sharing of best practices. The First Nations Leadership Council is calling for the Ministry to be held more accountable for Aboriginal student outcomes and to engage in a system-wide improvement effort.

“The Auditor General’s recommendations for making the public school system more accountable for Aboriginal student results echo the recommendations that First Nations leaders made for several years. BC must give these recommendations immediate attention,” said Grand Chief Edward John of the First Nations Summit Political Executive. “In particular, the Ministry must require each school district to report annually on Aboriginal student outcomes and monitor the districts in order to provide extra support where needed.”