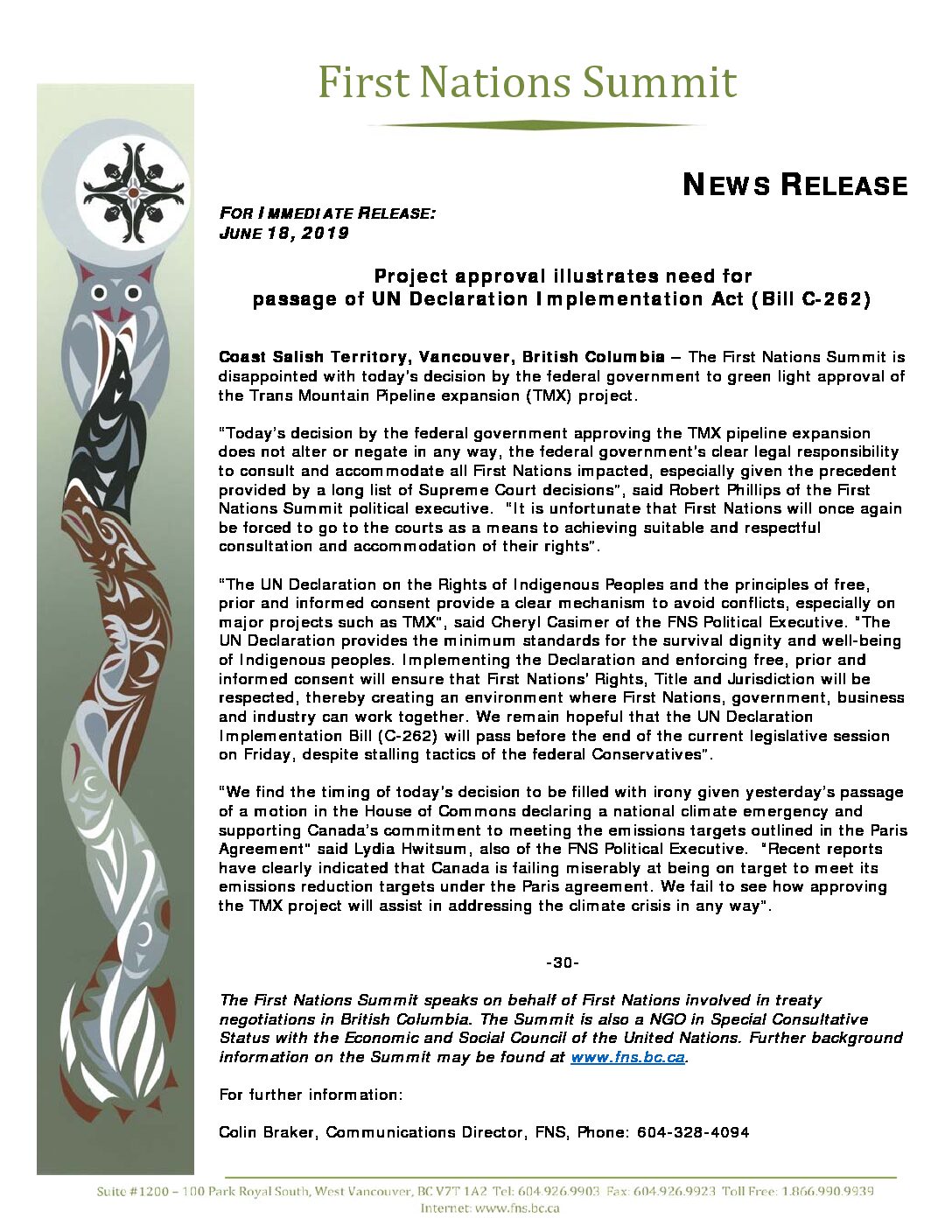 “Today’s decision by the federal government approving the TMX pipeline expansion does not alter or negate in any way, the federal government’s clear legal responsibility to consult and accommodate all First Nations impacted, especially given the precedent provided by a long list of Supreme Court decisions”, said Robert Phillips of the First Nations Summit political executive.  “It is unfortunate that First Nations will once again be forced to go to the courts as a means to achieving suitable and respectful consultation and accommodation of their rights”.