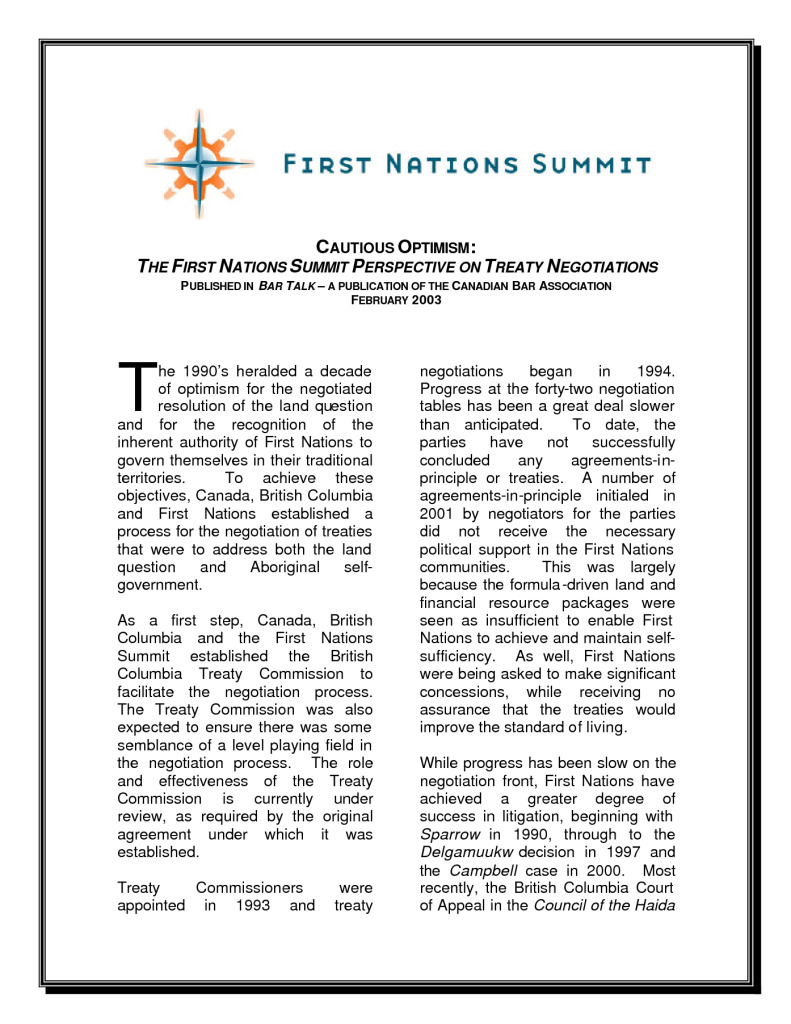 The 1990’s heralded a decade of optimism for the negotiated resolution of the land question and for the recognition of the inherent authority of First Nations to govern themselves in their traditional territories. To achieve these objectives, Canada, British Columbia and First Nations established a process for the negotiation of treaties that were to address both the land question and Aboriginal self- government.